'A summer like no other': Fiordland enjoys run of cracker weather

In its second summer without international tourists, the Fiordland region has been enjoying some literal rays of sunshine.

January has got off to a cracking start in Piopiotahi/Milford Sound – famously one of the wettest places in New Zealand –with just 14.6mm of rain so far, according to MetService data. The average rainfall for January in Milford Sound is 472mm.

The tourist spot has also been warmer than usual, with a stretch of highs in the early 20s, and the mild weather set to continue through this weekend.

Local tourism operators have been thrilled with the dry days and balmy temperatures, which have made for a pleasant – if not uncharacteristic – experience for domestic tourists embarking on the region’s iconic walking tracks and scenic cruises.

“It seems to be blue sky after blue sky, day after day,” said Ultimate Hikes general manager Noel Saxon, whose company offers guided walks on the Milford and Routeburn Tracks, two of the Great Walks.

Saxon said they would be making the most of the fine stint, particularly as Fiordland's weather could be very changeable. Just two years ago, in February 2020, severe flooding saw 440km of walking tracks significantly damaged.

While independent bookings for Department of Conservation-operated huts on the region’s Great Walks had filled up for the season, Saxon said they still had spaces on their guided walks for people wanting to get in on the good weather.

“It’s a great time to be out, but likewise people that go through in wet conditions have an equally good experience.”

Another guided walk operator in the region, Trips & Tramps, was seeing the benefits of the fine weather on the Great Walks they operate on, as well as the Dusky Track between Lake Hauroko and Lake Manapouri, which they provide transport for.

“It’s probably one of the hardest tramps in New Zealand, but the track’s in good nick and by all reports it’s really dry there,” said Trips & Tramps managing director Kate Norris.

Norris said while the region’s varied weather was all part of the experience, it made life “much easier” when conditions were calm, both for the guides and walkers. 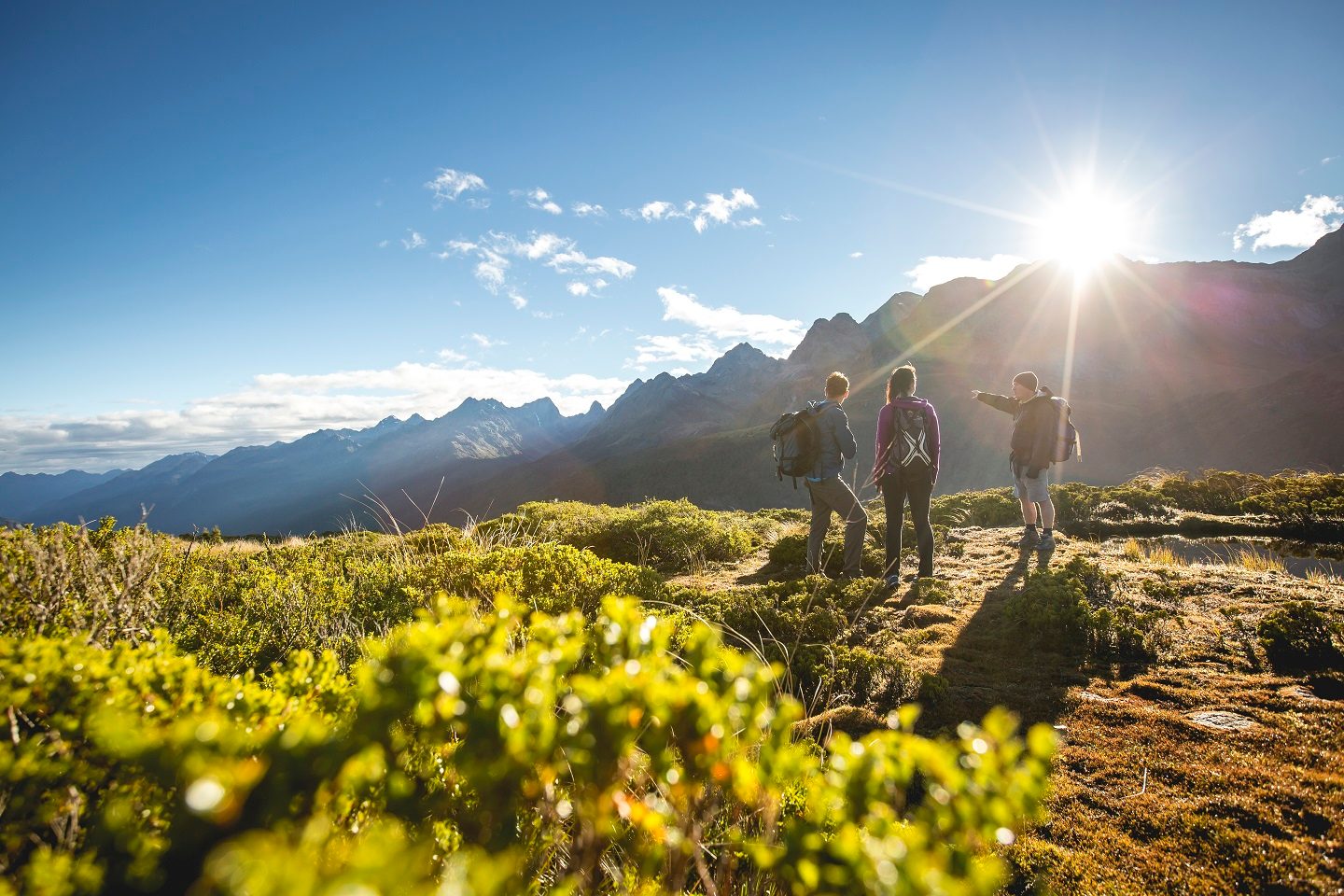 Sun shines down on the glorious Routeburn Track.

This year it’s just beautiful down here – visitors are really enjoying it,” she said.

“It’s definitely a summer like no other, this one.”

Rosco Gaudin, who has operated Rosco’s Milford Kayaks for 30 years, said Fiordland was known for having four seasons in one day, but this “fantastic” run of weather had “put a smile on people’s faces”.

“Up until just the other day Milford had had zero rain for the year, which is pretty incredible for January,” he said.

“It’s not unheard of, but it hasn’t happened for a while.”

Visitors would find the idyllic days lasted even longer thanks to Te Anau enjoying an extra hour of daylight, he added.

Memories from the Trails

Mix Things Up in the Outdoors of Fiordland

5 Places to Stay in Fiordland That You Haven’t Discovered Yet!