Bringing the birds back on our Milford Sound guided walks

Guests on our Milford Track and Milford Sound trips have been noticing a cheeky new addition to the welcome party at Milford Sound Lodge, where we operate our pick-ups.

Bob the one-legged Weka bird moved in to the carpark there about six months ago and doesn’t seem to be hopping away any time soon. Can you really blame him when his new digs come complete with stunning views, fresh mountain air and a steady influx of travellers who leave scraps of food around the place?

It’s a bird’s dream but it’s a conservationist’s dream too because Weka are a threatened species and so sightings of them are few and far between.

If you’re not already familiar with Weka, they’re a feisty, cheeky flightless bush hen that are native to New Zealand and infamous for stealing food and other bits and pieces from unsuspecting campers.

A species in danger

There used to be lots of Weka around the place but nowadays they’re not so common – so seeing one safe and sound like Bob is always a happy sight.

Although maybe the term ‘safe and sound’ is a bit subjective when you consider the fact that Bob the Weka only has one leg. No one knows why this is but it’s most likely the result of a close shave with a stoat or other predator.

You see, unlike most birds, Weka can’t fly which puts them in danger in environments full of predators such as stoats, rats, feral cats, dogs and possums. These predators pose a real threat in Fiordland where flightless birds like Weka and Kiwi are struggling to survive.

Where these birds do survive – like Bob – it’s largely down to the conservation work that’s being done in the area. Trips and Tramps are proud to be contributing to this work through our close relationships with our local community, the Fiordland Conservation Trust and the Te Anau Department of Conservation team.

In particular, we’ve been involved in a stoat-trapping project at Milford Sound since 2003 (long before the idea became popular). As part of the project, we maintain around 100 traps along the Milford Road and Milford Delta area.

We also try to educate our guests about conservation and pests by actually pointing out our traps during our tours and experiences. Too many people don’t know about the problems New Zealand faces when it comes to predators and our native birds so it’s pretty important to us that we do our bit to raise awareness. 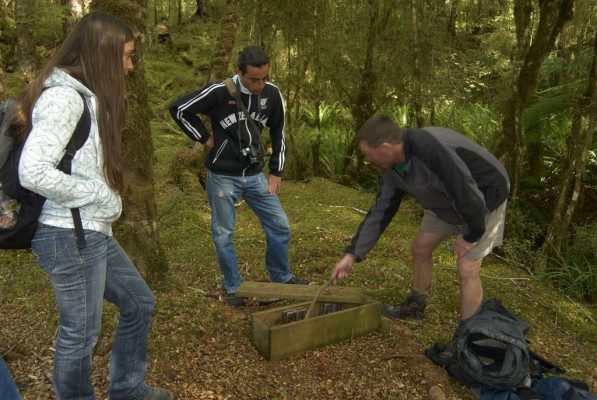 Conservation is important to Trips & Tramps

The Weka are worth it

It’s been a worthwhile investment because the traps are working, helping birds like Bob be so much safer now than they were before. While this doesn’t mean we’ve solved all the problems, it’s at least good to know we’re getting somewhere with our goals.

In fact, in 2009 Steve (who owns Trips and Tramps) was honoured to receive the DOC Southland Individual Services to Conservation Award for his leadership in community conservation efforts, his enthusiasm as a conservationist influencing tourists and his vital role in pest- trapping programs. 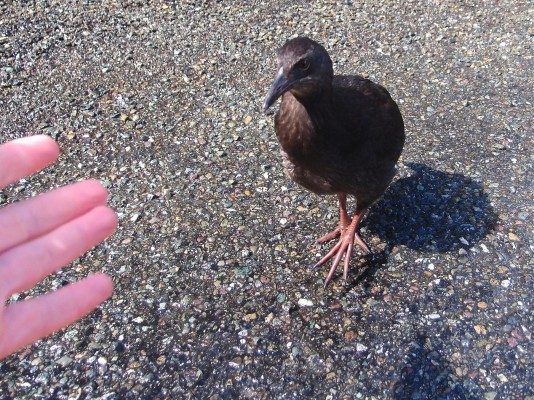 The proof is in the sightings

Although it’s always nice to have that kind of support when you’re working hard for a cause you care about, there’s no doubt that the best validation for us has been the proof.

Five years ago it would have been unheard of to see Weka in Milford whereas now we see them most days. It would be great to take this progress even further so that Weka become some of the Milford scenery.

As keen conservationists, we’re committed to bringing New Zealand’s native birds back into the forest and onto our tracks.

We want to see more birds like Bob the Weka out and about and thriving in Fiordland. Let’s give these cheeky birds a chance.

Pros and Cons of Milford Sound in Winter