6 Facts to know about Fiordland

Fiordland National Park is an area of lush natural landscapes, wild waterfalls and has been a tempting destination for explorers since the beginning of time. It’s not hard to see why thousands of people visit every year…. But did you know these quirky facts about its history and natural landscape? 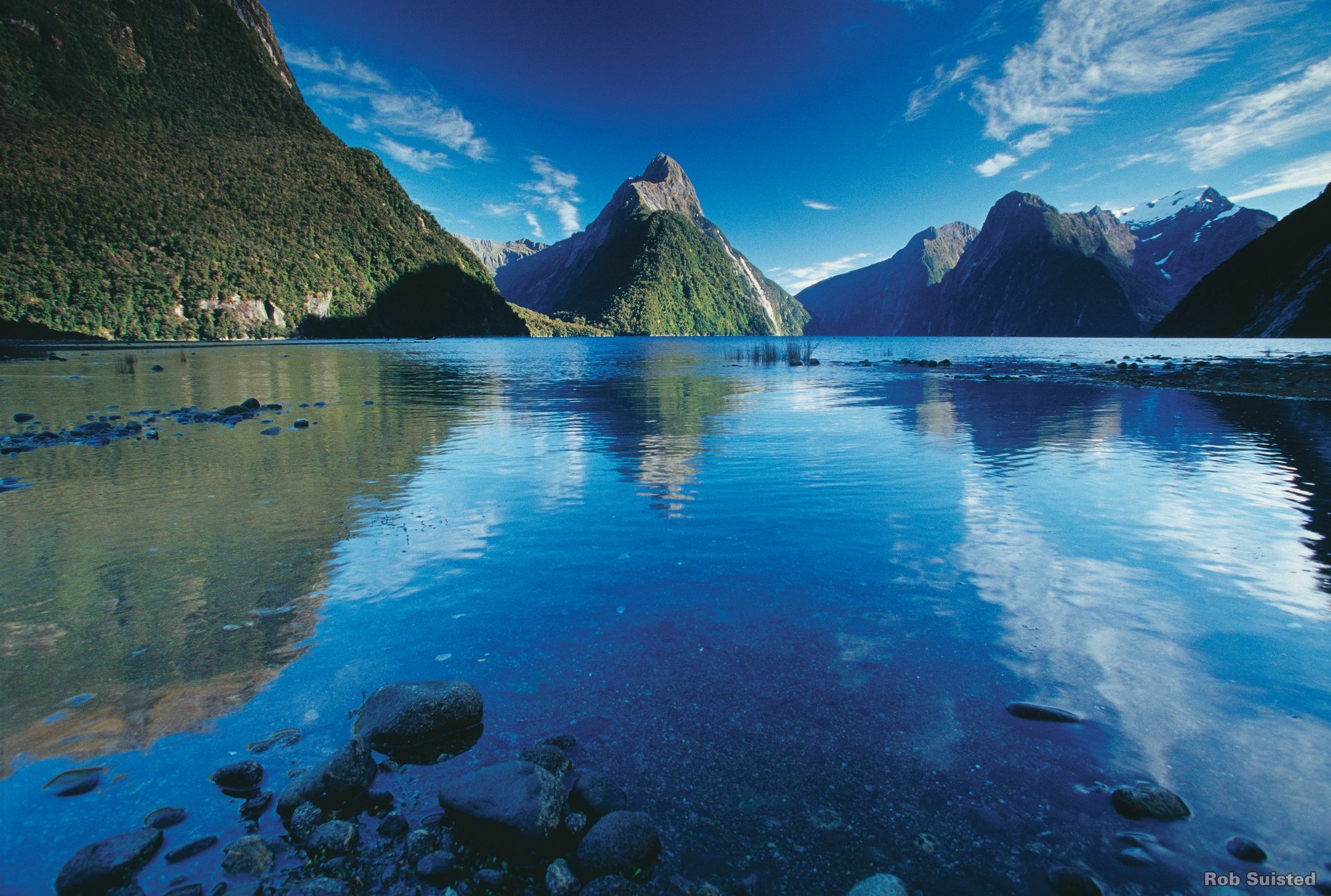 Fiordland is a a must-do in New Zealand

Fiordland is still like it was 80 million years ago

The diversity and beauty of Fiordland was first recognised by the United Nations in 1986 when it was made a World Heritage Area. The Park was described as having “superlative natural phenomena” and “outstanding examples of the earth’s evolutionary history”. Why? Visiting Fiordland is like stepping back 80 million years to when New Zealand was part of an ancient supercontinent called Gondwana. We can still see a diverse combination of rocks, plants and animals which date back to this period. Moreso, the spectacular carved valleys, fiords and lakes are amongst the finest examples of glaciated landforms in the Southern Hemisphere.

This is one of the wettest places on earth

The whole West Coast of the South Island is notorious for its high annual rainfall. However Milford Sound tops the charts, being the wettest inhabited place in New Zealand, along with one of the wettest in the world. Milford sees more than 182 days of rainfall a year – and over a 24 hour period can often see more than 250 millimetres (9.84 inches) of water fall from the sky. While some would consider this a bad thing, we think the contrary. This rain creates powerful waterfalls and fertile forests that give Fiordland it’s raw natural beauty. 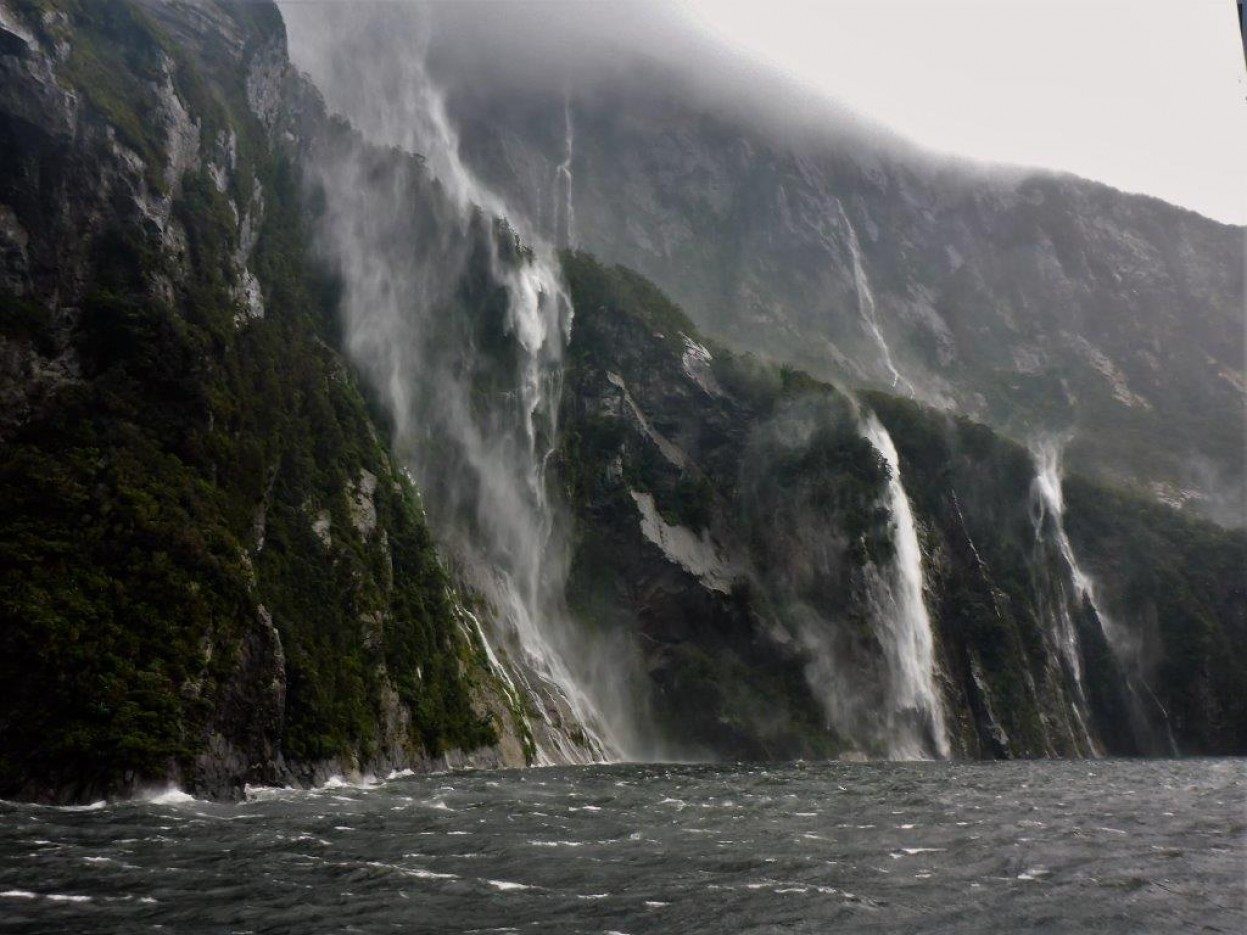 The impressive rainfalls in Fiordland creates its powerful waterfalls

The history of Fiordland and Milford Sound begins a long time ago, when New Zealand was an untouched paradise of forest, mountains, rivers and seas. The indigenous Māori people living in the South Island discovered Milford Sound and would travel there to hunt and fish around the fiord, as well as collecting precious pounamu – greenstone. They forged pathways throughout the mountains which were travelled regularly, and are now what we know as Milford Track and Mackinnon Pass.

Captain James Cook was responsible for brewing New Zealand’s first batch of beer in Dusky Sound in 1773. He experimented with a combination of young native rimu branches and leaves from mānuka (tea tree) as a treatment against scurvy. History tells us Cook considered his “spruce beer” rather good, although the crew thought it was awful and were only convinced to drink it after adding molasses and generous dollops of rum.

Milford Sound is not actually a ‘Sound’

Early European settlers named this place Milford Sound, however they were incorrect in their observations. Sounds are formed when river valleys are flooded by the sea. While Milford Sound does meet the ocean, its landscape was not formed by the flooding of rivers from the ocean, but instead carved by the erosion of ancient glaciers. 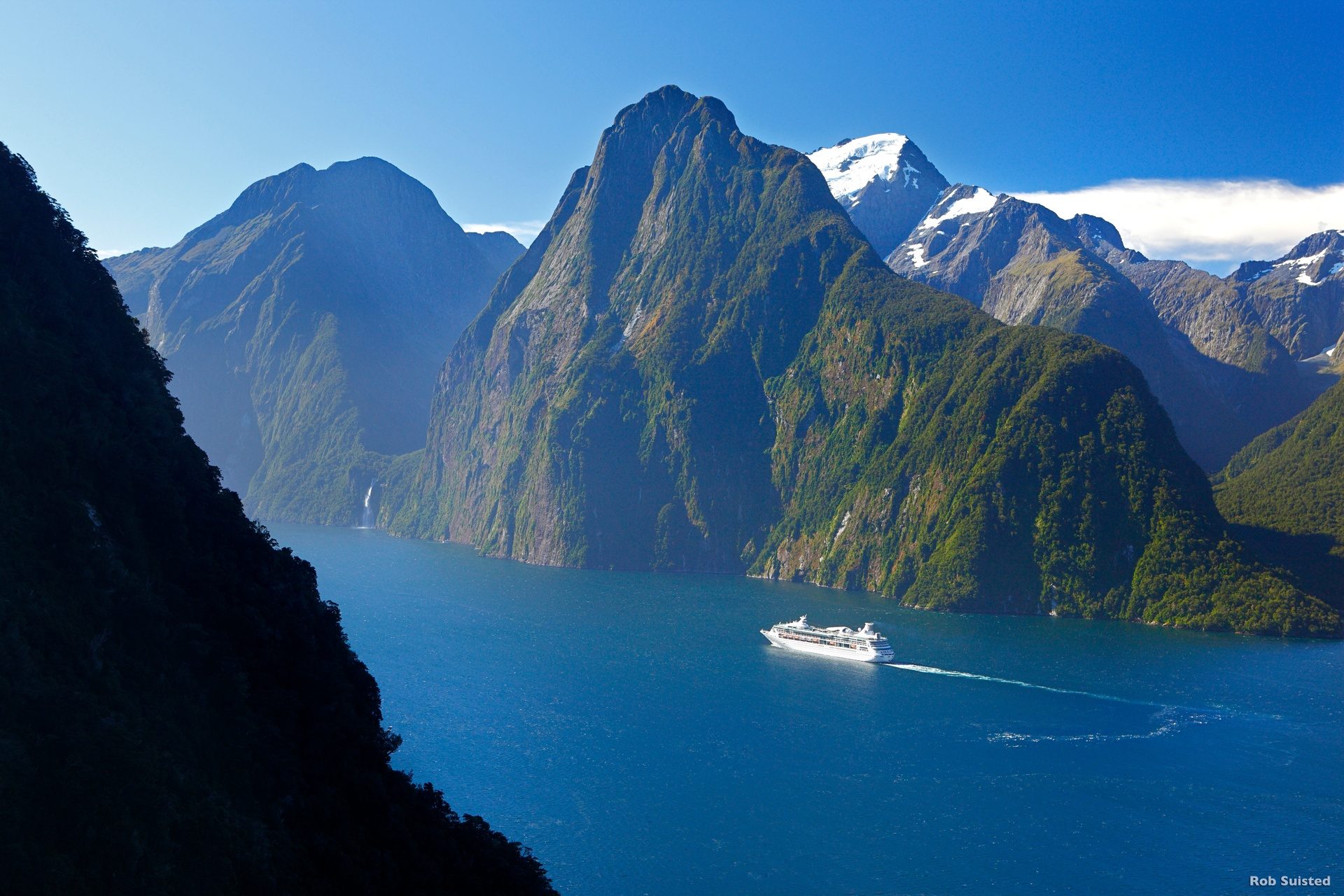 Milford Sound was actually formed by the erosion of glaciers

The waters of Milford Sound are black

The water is hundreds of metres deep, but that’s not the only thing contributing to this dark aura. During rainfall, as water drains from the forest floors surrounding Milford Sound they pick up tannins which stain the fresh water a colour of over-brewed tea.

This fresh water also has a different density to the seawater meaning once it reaches the fiord, it sits as a layer on top of the seawater, blocking out light completely and giving the black appearance.

Besides making it black, this helps create a unique underwater landscape for marine life. The fresh, dark water blocks out light and means deep sea life that you would normally not encounter this close to land can thrive in the shallow waters.

Want to learn more about this amazing place during your New Zealand travels? Experience a trip with us, and your local guide will share stories and good-natured banter about the area. This will ensure you get the most out of your time in Fiordland  and so you can really discover the secrets of this incredible natural area we call home!

5 summer must-dos in Fiordland (things to do, places to go, and where to eat)

One of the best Fiordland day walks is the Key Summit, Routeburn Track

Why Fiordland is the perfect retreat